“Everyone has a plan until they get punched in the mouth.”

When he said it, Mike Tyson knew that there’s a funny thing about plans.

They’re useful in that they allow us to be strategic about choices. When we plan, we make decisions based on the best information we have right now.

And we can make plans more resilient by incorporating room for what we don’t know. That’s the big thing about a plan: its utility is limited to the information we already have, not information we acquire in the future. There will always be something we don’t know, or a change in the underlying environment, or both.

Then what’s the use of a plan?

So it goes with sales plans. Thousands of little decisions are made about who to contact, what to say to them, how to structure the conversations, the steps involved in getting to a yes or no decision, what to do when adversity hits, and every other little detail we encounter.

Making these decisions on the fly is haphazard at best. And besides, if a plan is based on good information, it can be optimized rather than remade. Think of it like this:

And so it went with my plan to monetize my podcast. Here’s what happened.

Core Message: the big idea was to reach out to companies selling software to help salespeople to see if they were interested in learning more about advertising on my podcast. Instead of asking that directly, I went with a question that assumed nothing:

“Are you the person who handles podcast advertising at ?”

This yielded plenty of responses right away, and worked as a call to action. The subject line was also doing its job – the email open rate was 60% across the campaign.

calls made a big difference in the campaign. There were basically two kinds of email responses I received: “let’s talk about this” OR “send me some info.” Initially I was hesitant to send information without a meeting because it positioned the podcast as a commodity.

Eventually I did start sending information with the assumption that a greater number of more educated prospects was a good thing, especially if it was my only chance to inform a particular prospect.

Calls are the key to serious prospects. If someone won’t commit to a phone call, then they’re not a real prospect. There are two ways to get them to commit: over email (or similar), or over the phone. Calling your prospects yields a much better conversion rate to meetings!

The initial campaign was devised as email-only, but I added a touch on LinkedIn and the phone and it made a huge difference in the number of meetings I got.

The structure and the quality of your sales meetings is critical. It’s a big part of the book I’m writing, so there’s more to say about it than I can cover here. But what happens after those meetings is critical too. Initially my follow up was a custom email after every meeting, followed by a routine follow up based upon the schedule the prospect chose. If she wanted me to follow up in a week or two, I did.

After three or four calls, it became clear that prospects all needed three four things in the follow up:

There’s no sense in writing this email over and over again, so I created an email template to standardize the follow up of items 2 through 4.

Given that this campaign is about two months old, I’m quite pleased with the results. Since I’m sure you’re curious, I’ve closed one sponsor and have a contract into a second.

The next thing to do is iterate on the campaign. The biggest opportunties to improve the campaign are:

That’s the entire story of how the first podcast monetization campaign went. I’ve learned a lot, and the campaign is successful, but there’s plenty of room for improvement.

I’d love to hear from you..

What sales campaign(s) are you planning to launch in Q1? 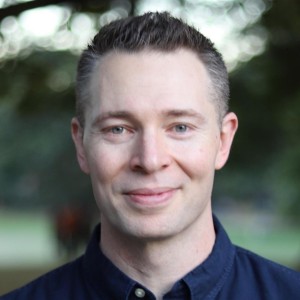